Nearly one year after the presentation of the NX20, Samsung introduces a follow-up with the brand new NX30 which is Samsungs’ fifth mirrorless Camera equipped with an electronical viewfinder now.

As I already did last year, after having bought the NX20, I will base my review on a comparison between the new NX30 and its predecessor. Further more, I decided to write this review in English, since I got such a nice feedback on my last review as beeing helpful for many people in the decision of which camera to buy.

Again, as in the last review, I will not go deep into image Quality for the same two reasons:
1. Image quality is great on nearly every camera on the market at the moment
2. For a comparison of pure image quality, it needs special technical equipment which is up to magazines and big photography blogs. Reasons for an upgrade

Although Samsungs NX20 was and is a great camera, there have been some issues that were never solved and some issues that made working with the camera somehow annoying in special situations:

In terms of speed, the NX20 shows up with some impressive facts like 1/8000s shutter Speed and a burst rate of up to 8 pictures per second. As so often, these facts may be nice for marketing but the reality shows, that there are some more things that do influence the final speed. With the NX20 pure shutter speed does perform at this speed but will soon show you a ‘please wait’ screen, since the cameras buffer is just too small. Unfortunately, during this buffer screen no further actions like taking more pictures ore changing camera settings are allowed which can really be annoying if you are in a hurry.

One of the NX20’s big new features was the introduction of WIFI functionality. Having the possibility of sharing and transferring pictures via WIFI sounded great and was only topped by the amazing new feature of having a remote viewfinder on the mobile device. Well, the amazing it sounds, transfer and sharing was only possible for JPGs and it was never 100% stable. Second point is, that the possibilities given by the remote viewfinder are extremely limited, offering only the configuration of flash on/off and picture size together with the Cameras’ automatic mode.

As already mentioned in the speed section, the NX20s software can be a downside when shooting images in a row. Besides this, the software does also influence the users experience in rapid general usage. When shooting images, switching mode, shooting more pictures, modifying settings the camera will start lacking at some point. It will show you the now-saving-screen or it will just lack behind mode changes, showing you the mode description pictures only. This behavior was confusing anyway for a high priced camera to not having the possibility of disabling these descriptional mode pictures as they are only useful for novice users anyway.

After unboxing the first impression was: wow. To me the cameras’ fabrication quality felt much better than it was with the NX20. Switching it on and off feels smooth and sounds saturated. The mode selection whee is made all of metal, feels rock solid and arrests securely in the final position. The additional buttons are situated in a good position for having them under your fingers while shooting and the new shaped grip makes it much more comfortable to hold the camera. The only thing that confused me was, that the WIFI shortcut button is situated at a position, which would make much more sense for nearly each other button: directly next to the trigger, reachable easily when the cameras is close to your eye. A situation, where WIFI connectivity is probably the last thing you would like to configure.

With the NX30, Samsung introduces a completely new Menu. In the first Moment it made me lost, since many functions are only shown in the menu, if they are supported by your current mode. So I searched for the filters while beeing in A-Mode without success.
Nevertheless, after getting used to the menu, one will find that it is much easier now especially since the touchscreen makes it possible to scroll through the menu as easily as on your mobile device.
Again, each configuration item can be found after a few clicks only and the structure is straight forward.

Thanks to the Touchscreen, a new button layout and the tilt-able viewfinder, and in special the newly shaped handling bar, using the camera greatly improves. Single point of critics for me is, that they placed a WIFI Button at one of the top places of the Camera, especially while using the Viewfinder: directly next to the trigger. And the worst thing about it is, that you can not even change the button assignment to anything else but WIFI.

Well, for me this point is getting more and more uninteresting to talk about. Image Quality is great! As it is with nearly any EVIL Camera which you can find nowadays. Furthermore, the lenses are the point of interest in this discussion as I think. When studying reviews, where image quality is compared in a test environment, the NX30 performs great, but a good photographer will be able to make great pictures with a Sony NEX as well. But with my NX30 it is simply more fun 😉

But there is one point we can talk about here: High ISO. This has definitly improved when comparing NX20 to NX30. Nevertheless, Samsung has never been the best of the best when it is coming to high ISO performance, but still they are good enough for me and my purposes and – as I guess – for most other photographers out there, looking for a camera of this category.

As I wrote in the previous Chapter, WIFI was one of the less mature features on the NX20. This has changed with its successor, since not only the camera has been updated, but also the APP for connecting from IOS Devices offering quite a nice changeset:

One thing I did quite often when taking Pictures was, to generate a HDR afterwards. Therefor you create a Series of pictures with different exposure and join them via software like Photoshop, Enfuse, HDRTist… The advantage herewith it, that you can adjust the look of the final picture. Nevertheless there are sometimes Situations, where you do not want to wait until you have reached your PC for post processing which means, a camera build-in HDR function would be what you need. Well, the NX30 finally introduces this feature and in many cases it is really useful, although sometimes it will just make pictures that seem to lack any contrast.

I love this camera even more than its predecessor, since these small stumbling blocks where removed and replaced with nice features. The new NX30 made me taking more pictures again and I am still on wondering, why there are so few Samsung NX Cameras out there on the street.
Give them a chance out there – You will not be disappointed!

Photography at its best: Jonathan Besler 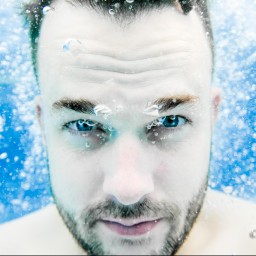